Please Be Aware: Due to Covid Screening & limited hours at this time, not all practitioners are accepting online booking, AND you must book at least 4 days ahead IF booking online.
If you are looking to next day appointments, PLEASE CALL US at 717-814-9136 so we can complete our covid screening via phone!

We appreciate your patience and understanding ~ Firefly Hollow 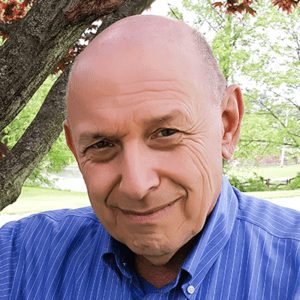 Michael is a native of Pennsylvania from Wilkes-Barre. After attending King’s College in Wilkes-Barre, he moved to New York City to receive training as a hemodialysis technician. He practiced in ambulatory kidney clinics in N.Y.C., Bethesda Md., and Florida.

In 1986 Michael was a passenger in an unfortunate auto accident that led to ongoing back pain. Years later, while receiving a massage treatment in Florida, he was impressed by a therapist who cleared up this condition. Due to this experience he became a licensed massage therapist.

Over a period of 20 years while working at hotel, resort, and private practice, he administered thousands of massage treatments and cleared up many chronic conditions.

Some years later, he was in another auto accident which he resulted a shoulder injury that only a Chinese acupuncture doctor was able to resolve. Therefore, Michael decided to enroll at Florida College of Integrative Medicine in Orlando where Michael earned a Master’s degree in Chinese Medicine and Acupuncture.

Michael relocated to Pennsylvania to be closer to family and friends. He began is acupuncture practice in 2012 in Shippensburg, PA. and opened a satellite office in the Harrisburg area.

Micheal is currently licensed by the Pennsylvania State Board of Medicine as an Acupuncturist.

Sorry, no posts matched your criteria.