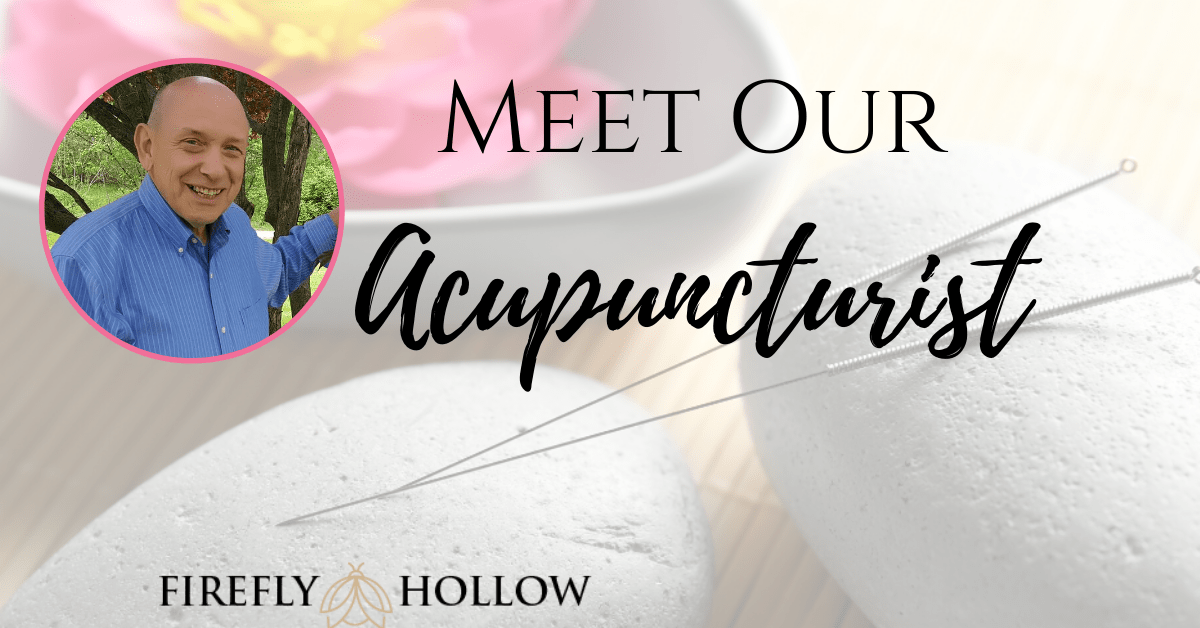 Looking for acupuncture in York, PA?  We have finally added a provider!  Firefly Hollow Wellness Center is proud to have Michael Stilp — a highly experienced practitioner bringing the much needed services of acupuncture, to the York, PA and South Central PA area.

Michael is a native of Pennsylvania from Wilkes-Barre.  After attending King’s College in Wilkes-Barre, he moved to New York City to receive training as a hemodialysis technician.  He practiced in ambulatory kidney clinics in N.Y.C., Bethesda Md., and Florida.
In 1986 Michael was a passenger in an unfortunate auto accident which led to ongoing back pain that would eventually lead him into the field of holistic healing in search of solutions.

Years later, while receiving a massage treatment in Florida, he was impressed by a therapist who cleared up this condition.  This life changing experience led him to become a licensed massage therapist. Over a period of 20 years while working at hotel, resort, and private practice, he administered thousands of massage treatments and cleared up many chronic conditions.
Some years later, he was in another auto accident which he resulted a shoulder injury that only a Chinese acupuncture doctor was able to resolve. Therefore, Michael decided to enroll at Florida College of Integrative Medicine in Orlando where Michael earned a Master’s degree in Chinese Medicine and Acupuncture.
Michael relocated to Pennsylvania to be closer to family and friends. He began is acupuncture practice in 2012 in Shippensburg, PA. and opened a satellite office in the Harrisburg area. and now is practicing acupuncture in York, PA at Firefly Hollow.  Micheal is currently licensed by the Pennsylvania State Board of Medicine as an Acupuncturist.
Michael enjoys music, ballroom dancing, hiking, nutrition, reading, writing, gardening and relationship with his beautiful, talented and loving girlfriend.

Acupuncture is one of the oldest, most commonly used forms of medicine in the world. Originating in China more than 2,500 years ago, acupuncture is currently one of the most thoroughly researched, practiced, and respected forms of complementary medicine available anywhere.
According to Traditional Chinese Medicine, your overall health is determined by the quality of the Qi or Energy flow through the natural pathways of your body  also known as Meridians. Acupuncture uses a variety of techniques, including placing very thin sterile needles into specific points on the body, to stimulate and improve your Qi flow.

Sessions with Michael extend well beyond acupuncture alone. Your sessions with him are very thorough and may include:

Cupping has been a part of Chinese Medicine practiced by acupuncturists for over 2,500 years.  Now many massage therapists and even chiropractors offer cupping services. It relieves aches and pains, improves circulation, and also helps with respiratory and digestive issues. A  specialized “cup” is placed onto specific points on your body, and then use suction to draw your skin up into the cups. It doesn’t hurt — it simply draws fresh blood to that area of your body, which facilitates the cleansing and strengthening of your Qi (energy). The end result is a greater overall sense of health and well-being.
Cupping can be added onto any session at Firefly Hollow (Acupuncture Or Massage)

Moxibustion is a Traditional Chinese Medicine technique that involves the burning of mugwort, a small, spongy herb, to facilitate healing and health. Moxibustion is used for healing purposes throughout Asia, continuing a tradition thousands of years old. As with most forms of Traditional Chinese Medicine, the purpose of moxibustion is to strengthen the blood, stimulate the flow of Qi (energy), and enhance your overall vitality and health.

A landmark study published in the Journal of the American Medical Association in 1998 found that 75.4% of women suffering from breech presentations before childbirth had fetuses that rotated to the normal position after receiving moxibustion at an acupuncture point on the bladder meridian.
Moxibustion can be Added-On to any Acupuncture treatment at Firefly Hollow.

Check out this video on Moxibustion!

Here’s a Candid video where “Try Guys” giving acupuncture a try.  These young boisterous gentlemen give an authentic and unfiltered perspective (use of adult language) on their first experiences trying this modality.   Check it out Here.
To schedule an appointment with Michael, click here. Contact us for questions about Michael’s acupuncture services in York, PA  & his other practice locations. 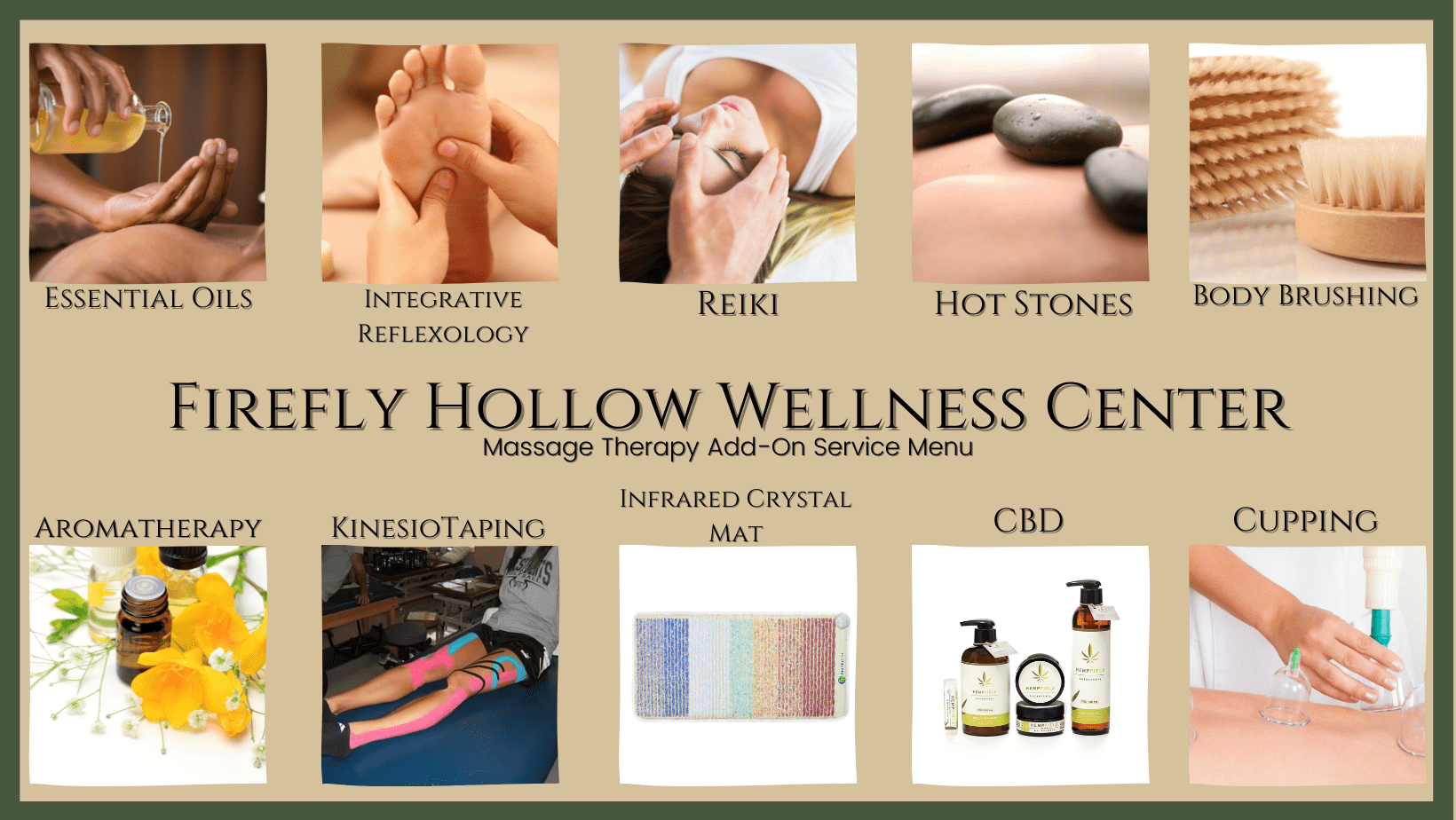